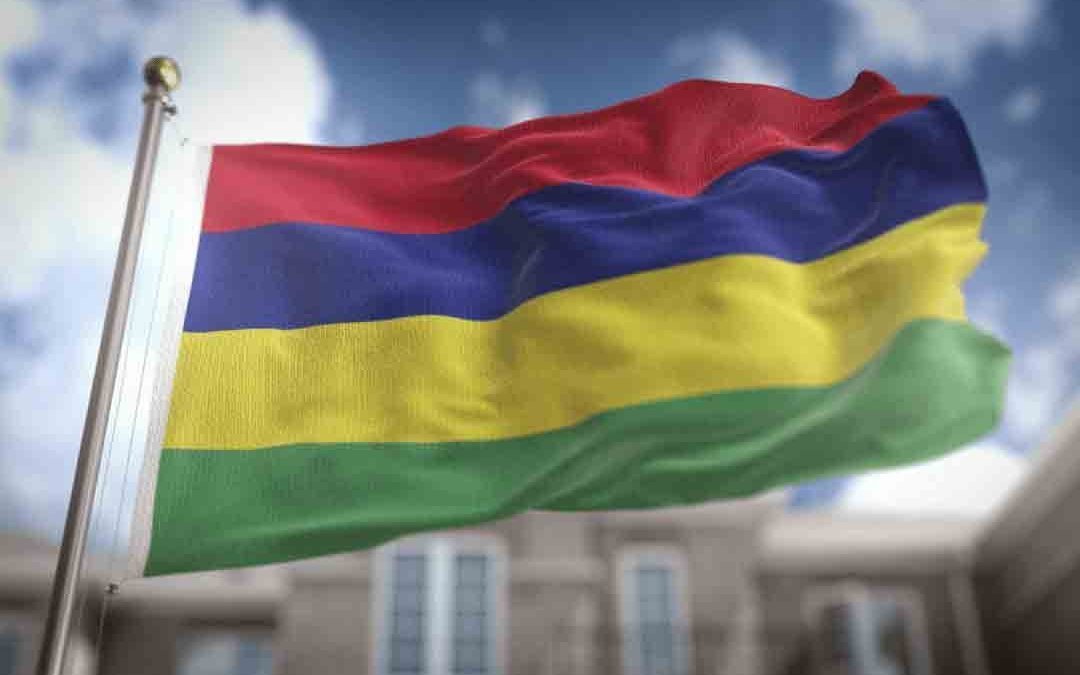 This report provides an overview of the concerns of our several clients and ourselves as a law firm active in IPR protection, concerning the proposed new draft intellectual property rights bill.

Additions relating to the accession of Mauritius to the Madrid system, geographical origins protection and layout design are commendable and expected since around 2004, date at which Mauritius had made commitments under the TRIPS Agreement and other WTO protocols to protect these rights.

Unfortunately, in our view, the bill does not address the main concerns relating to intellectual property rights in Mauritius, namely counterfeiting, which creates an estimated 2.5 billion Mauritius rupees black market, with a substantial loss of State revenue and employment.

The main concerns are as follows:

Mauritius has committed under the TRIPS agreement to protect famous marks in Mauritius. Famous Marks are defined as those marks which well known in Mauritius, and are expected to be protected against identical, similar or totally different products.

For example, if ‘Apple’ is found to be a well known mark in Mauritius, it should be protected:

Unfortunately, the new bill removes part the complete protection by removing the rights explained about in paragraph 3, and leaves Mauritius with a risk of incomplete risk protection and short on its international commitments.

A.2 Piracy and no enforcement concerns:

No authority for domestic enforcement:

According to our present legislation, there are 3 institutions which can take action against domestic counterfeiting and piracy of trademark:

The Police: As at date of this report, the Police has stopped taking action on complaints of trademark counterfeiting. The reason being that, all of a sudden, courts in Mauritius no longer issue warrants for seizure of counterfeit products!

The Industrial Property office (IPO): notwithstanding their empowerment to do so under the Mauritian law, the IPO has never taken action against piracy since its creation in 2004.

The ICAC: The Independent Commission Against Corruption has been empowered by a change of law in 2009 to take action against trademark piracy, since the proceeds of same are considered proceeds of crime and can be prosecuted independently as a money laundering offence. No action has been taken so far by the ICAC, despite complaints made.

Furthermore, there are secondary institutions which are required to police certain locations, and hold information which would be required for enforcement. Despite what the law provides, it is virtually impossible for any brand owner to get access or ask for collaboration or make complaints to those authorities. Examples of such authorities are Municipal and district councils and the beach authority.

Based on the above situation, namely the virtually nonexistent domestic enforcement system to stop counterfeiting in practice, we submit that the criteria for Mauritius to be preselected to benefit from certain treaties is doubtful or inexistent.

Mauritius is signatory to 28 Investment Promotion and Protection Agreements (IPPA), which fully protect intellectual property rights of foreign companies and persons investing in Mauritius. The IPPAs also guarantee that any expropriation under public interest requires compensation.

Intellectual property rights being a set of rights provided by statute, removal of part of these set of rights amounts to compulsory acquisition of the rights of a right holder. The new draft amends the rights given to right holders of trademarks in two ways, both of which cause prejudice:

What is it about?

The debate over parallel imports focuses on the extent to which a trademark owner should be able to maintain control over its own brands by using its trademark rights in a country (or a region) to restrict the importation of goods into that country (or region) after the goods have been put on the market somewhere else in the world by the trademark owner or with his consent or authorization.

What are the Concerns:

The EU has restrictions on parallel import similar to Mauritius. It had, in year 2000, considered whether it should change its position to an international exhaustion regime like Singapore opening up its boundaries for trade. In order to assess the impact this may have on its internal markets, it ordered a report, known as the NERA report, to assess such impact. The terms of the report are now used as reference internationally. Its main findings are as follows and would equally apply to Mauritius:

Point 1 – Consumer benefits in brands are undermined by parallel trade.

Trademarks assist consumers to distinguish goods and indicate the source and quality of goods. When making purchasing decisions a consumer does not want to be misled or confused, which happens each time a consumer purchases a parallel import good believing that it is the same as the local authorized product with the same warranty and after sales service as well as the return policy.

Point 2 – Investment in advertising, after sales and presence of brands is reduced

The incentive for investment in advertising, after sales and presence is reduced when there are other traders who free ride on the investment of an authorized distributor who no longer finds value in such investment. As a result the investment falls, and inevitably leaves less choice to consumers, and less associated benefits to consumers.

Point 3 – Cheaper prices under PI is a misconception.

The NERA report requested by the EU is clear. There is a common misconception that parallel imports are always cheaper for consumers. Studies show that reduction in prices does not go lower than 0 to 2%. There is simply a shift of the economic benefit from manufacturers and distributors to traders, and consumers benefit on price is negligible, but there is a stark reduction in value overall.

Contrary to the obvious consumer interest in health and safety, parallel importers also frequently remove tracking codes (which allow goods to be traced more easily in the case of product recall, for example); or over-sticker information as to product expiry, origin, ingredients and other mandated information. In the case of food, pharmaceuticals, cosmetics and other products this raises obvious health and safety concerns, and is often in violation of consumer packaging legislation.

Parallel imports slowly erode normal set up for after sales service, goods return, warranties, and other support services which are generally part of the overall product experience. Consider, for example, the recent case of the Samsung phone recall from the market. How would such a recall occur, if the imports were not made by any authorized importer?

There is evidence that parallel imports are generally mixed or entwined with counterfeit goods which in turn also leads to a parallel economy with more tax evasion and an indirect impact on the welfare of society and in particular consumers.

Mauritius specific impact on the proposed change in legislation:

Point 7 – The proposed change in law impacts negatively on the real estate industry.

History has shown that, in Mauritius, a lack of regulation or enforcement and protection of trademarks can have an adverse effect on the real estate industry. Consider the example of the pre 2004 era in Mauritius (before the coming into force of the present legislation protecting against Parallel Imports). Fashion sales were concentrated in off-site locations with taxi drivers used mainly to access the shops. The viability of high end malls was inexistent, and it is only after closure of those off location outlets, that malls became viable and the first main malls and shopping arcades were constructed. A return to reduced legislation and allowing traders to sell fashion products anywhere, will again promote off location outlets with a negative impact on main-street developments and any new as well as exiting malls and shopping arcades.

Point 8 – The proposed change in law has a negative impact on local textiles, associated industries and SMEs.

The textiles industry has already contracted by 2.8% last year. The proposed change in law will further strain demand for local fashion in Mauritius. As a comparison, when there were grey market and counterfeit Ralph Lauren prior to the year 2004, none of the local brands could be developed nor did any of the local brands, such as IV Play, have had any hope or scope of growth. The change of law, therefore favours a return to end of stock international brands, imports to compete against local creations. As before, it is expected that the local creation and production industry would suffer.

Point 9 – The special demonstrated risk of counterfeiting in Mauritius:

Mauritius is the only country in the world where an appointment is required with the Police to make a criminal complaint against counterfeiting, where the police can take up to 2 years to act on a complaint, and where, as from recently, Courts no longer grant warrants for search and seizures for raids to be carried out against counterfeit to the Police, and hence no further police action is possible.

For all the reasons given above which show the extent of non-willingness to stop counterfeiting, it is expected that piracy will overtake genuine products on the market, and reduce the economic value of trade and business overall.

Point 10 – Negative impact on the FMCG industry and risk of loss of employment:

Since the law was implemented in 2004, and following Supreme Court judgments confirming the position of Mauritius as a country of National Exhaustion, several large FMCG groups have incorporated Intellectual Property into their business model for growth and expansion, recruiting heavily and investing in infrastructure. A change in law would entail lost investment and a systematic reduction of workforce in all of those companies, and further send a wrong signal to the private sector by shifting the goal posts.

Point 11 – An increase in the parallel economy and reduced tax collection by the State:

Our office estimates that the present already existing grey market and non- enforcement against counterfeits creates a parallel market of around MUR 2 billion, with a loss on taxes for the State of around MUR 200/300 million or more (including undervaluation at customs). A change in law is expected to double these figures.

Point 12 – There is a clear risk of dumping and no trade advantage to be obtained quoad Mauritius preferred trade partners whether on import or export.

The proposed change in law increases the risk of dumping into Mauritius. The present anti-dumping protection law is too complex, very expensive to use and the authority to be created under the law is still inexistent since the year 2010, and therefore in practice, there is no remedy to defend against dumping on the Mauritius market in practice at present.

In conclusion, and based on the above reasons, it is represented that the Government reconsider its position in extending the position of Mauritius from national to international exhaustion. It is submitted the impact on businesses, mainly manufacturing and distribution entities as well as consumer welfare losses are not compensated by any countervailing interest which would warrant the proposed change.